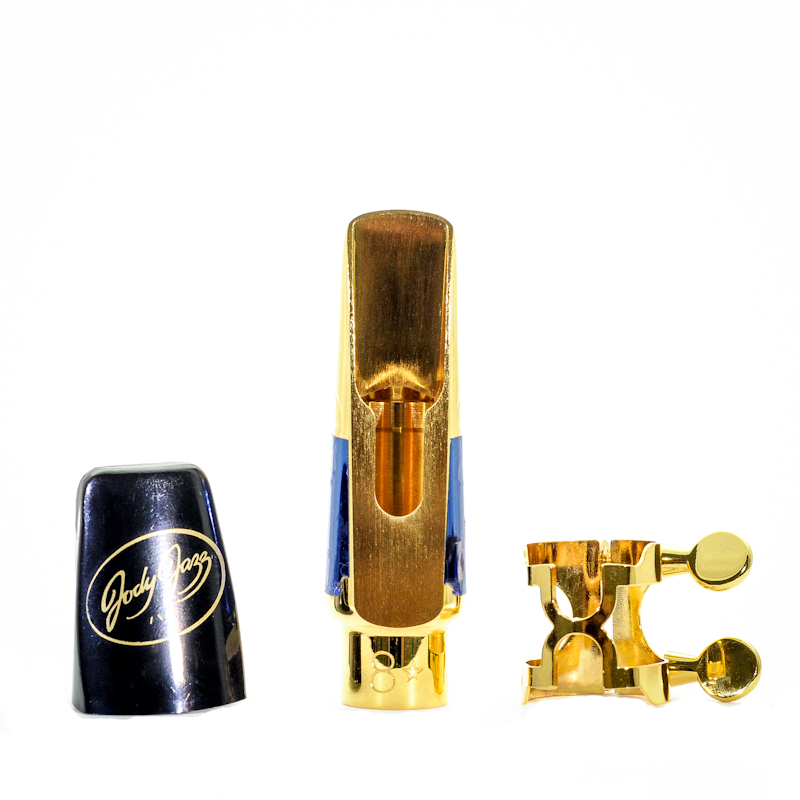 Tweet
This Mouthpiece is currently 15% off when you use code MP15 when checking out!

The 24 karat Gold Plated JodyJazz DV Tenor Sax mouthpiece uses proportions and principles found in nature. Jody Espina has introduced the concept of Golden Section Proportions to the art of high end saxophone mouthpiece design. This perfect chamber/bore/facing combination will result in an extraordinary playing experience for you. Players who now or in the past have played Guardala, Dukoff, Beechler, Jumbo Java, SR Tech, Vandoren V16, Yanigisawa, or any of the bright mouthpieces out there will be sure to love The Jody Jazz DV. This is not just another bright mouthpiece! There will be noticeable differences, and most importantly, improvements.

What Does The DV Do?