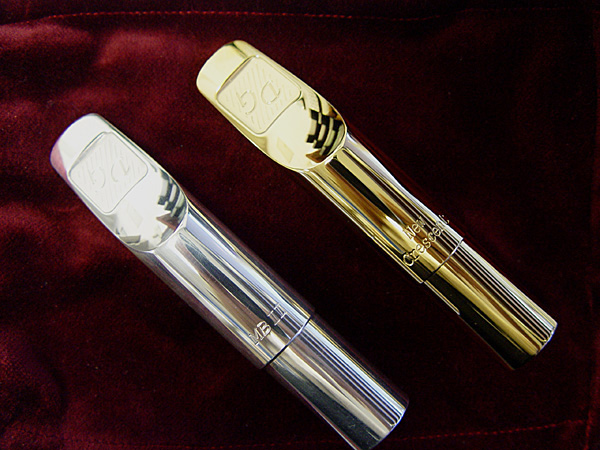 Tweet
The Dave Guardala mouthpieces merge history and legend with modern mouthpiece crafting technology, helping you to capture sounds of pros that you might idolise the most.
- The Crescent Tenor Saxophone mouthpiece was designed with the sound John Coltrane produced in 1963 with his album 'Crescent'. This mouthpiece features a 106" tip opening, a slightly smaller tip opening than other Guardala mouthpieces. The New Crescent model should be used by those players who prefer a more dark sound.
- The MB is the exact replica of the mouthpiece that Michael Brecker used. This model incorporates a moderately high hybrid step-baffle/rollover with a large bore. It is lessbright than the Studio Model but brighter than the Traditional Model. It should be used for the Mainstream.
- The MB II is a hybrid of the Studio and the original Brecker model. It has the high baffle of the Studio model with the large bore of the original Brecker model. This gives you increased volume and brightness with greater ease of playing. It is great for contemporary pop, rock & jazz.
- Often referred to as "The Brecker" model, The Studio is the third brightest of the Tenor models. It has tremendous volume with unexcelled resonance and a full and balanced frequency response. This model incorporates a high baffle with a medium bore. The sound of this model is clearly demonstrated by Michael Brecker in the period 1979-1982 (Brecker Brothers' Band). The Studio can be used for all types of music a "Studio Man" would encounter from Fusion to Swing, hence its name.
- The Super King/R & B mouthpiece is the Guardala The King/R&B with a higher baffle. The chamber and bore are altered to make a better match with the higher baffle. It should be used when the demands for brightness and power are extreme. It is perfect for music that contains electric instruments that must be competed with, such as Fusion, Rock 'n' Roll, and Contemporary/Pop.