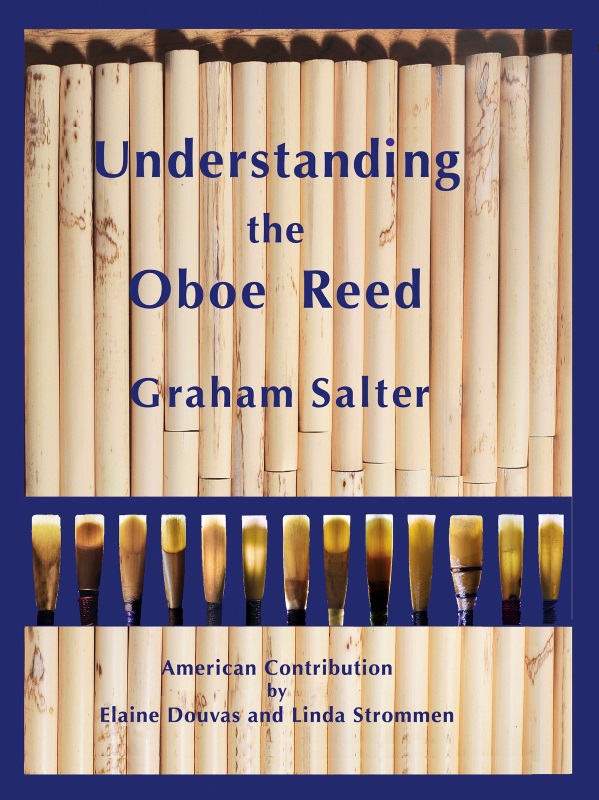 Every oboist interested in reeds should own this exciting new book!

Graham Salter is one of Britain’s most widely experienced oboists, teachers and coaches. He held the position of Cor Anglais at the Royal Opera House, Covent Garden after that of Principal Oboe in the Royal Scottish National Orchestra, records in the film studios, and has performed as a guest with every major orchestra in Britain. A former Editor for BDRS / DRN, he gives masterclasses and tuition widely, plays recitals choosing between five sizes of the modern oboe, and appears regularly as a concerto soloist.

Reviews of the book include:

“Meeting and speaking with such a special person as Graham Salter has given me great inspiration to see my reed-making personal history in a wider perspective.” Omar Zoboli

“A most interesting and useful publication for many oboists.” Eugene Izotov

“A comprehensive survey of such value: the book will be a great success.” David Theodore

“A great help for oboe players and for the reed world.” José Luis García

“Your researches give a new impulse and open new borders. Your thorough study and desire to embrace so many parameters and different styles inspire my deep respect.” Emil Miroslavskiy